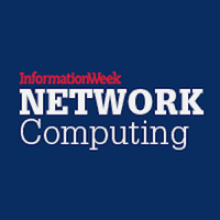 The wide adoption of Non-Volatile Memory Express (NVMe) over the last few years has completely revolutionized the storage industry in no small part due to lower prices and better performance. With the introduction of more features, such as management, more enterprises and hyperscale data centers are migrating to NVMe. The introduction of NVMe over Fabrics (NVMe-oF) promises to accelerate this trend for enterprises using a variety of infrastructures.

NVMe is architected with a layered approach, which enables NVMe data to be carried over a variety of fabric transport technologies such as RDMA (RoCE, iWARP, Infiniband), Fibre Channel, and now, TCP/IP.

NVME technologies and use cases

NVMe/FC: Fibre Channel has a long legacy as a reliable storage networking technology and has a home in many enterprise datacenters. While the Fibre Channel (FC) community has consolidated over the years, the technology is still moving forward with plans for 128G FC. The recent release of the FC-NVMe specification extends the capability of Fibre Channel SANs to carry NVMe protocol, and therefore efficiently attach NVMe SSDs.

NVMe/RoCE: Another transport technology being leveraged for NVMe-oF is RoCE (RDMA (Remote Direct Memory Access) over Converged Ethernet). RDMA is a good choice for carrying NVMe, since it’s designed with memory access in mind, so it maps well for NVMe, which similarly, is designed for accessing flash memory. RDMA over Converged Ethernet is a collection of protocols which add capability to ethernet to take care of congestion management and robustness. However, this isn’t free. To properly deploy RoCE, users need to use RoCE capable NICs and switches. It’s important to note that RoCE capable NICs and switches can cost more than regular ethernet NICs and switches, due to their increased capability.

Most NVMe/RoCE solutions are focused on single rack deployments that need the absolutely lowest possible latency. Naturally, keeping the data as close as physically possible to the compute resources, and minimizing hops in between, is essential to keep latency low. However, those physical limitations also limit scalability.

There is some debate about whether RoCE or FC will deliver the absolute lowest latency. Each user will need to examine their own workload characteristics, as well as existing infrastructure to determine which is the right choice for their deployment.

NVMe/TCP: TCP is the newest transport protocol that has been adopted by NVMe-oF. In particular this is an important new transport type for NVMe because it can be used on regular datacenter ethernet switches, an important distinction from RoCE. While a TCP fabric may not offer the same ultra-low latency of RoCE fabrics, they do have advantages in scalability.

One issue that NVMe/TCP is well poised to alleviate is the issue of stranded flash. Flash storage can be expensive, so naturally users want to ensure that they are getting the best utilization possible. Many early NVMe deployments were servers with NVMe SSDs directly attached via PCIe. It was difficult to share these storage resources between servers while maintaining the low latency that the investment in NVMe was made for. Thus, many users were dealing with low utilization due to stranded storage.

NVMe/TCP allows storage to be shared across a TCP network with low latency in a manner that allows for better sharing of storage resources, which can eliminate the issues around stranded storage. From a cost perspective, users will be getting much more out of their investment in flash storage, and this will drive NVMe adoption even further in the datacenter.