The Nebula Award recognizes teams of employees for their accomplishments. The team demonstrates hard work and determination for a particular project or task which could include development sprint team or a team established to complete a short term project.

The Nebula award is awarded twice each year during; the Summer and Winter. The winning team receives a cash bonus that is split evenly between team members. This is a great way to award teams and student employees for going above and beyond the call of duty within their testing groups.

Congratulations to our award recipients! 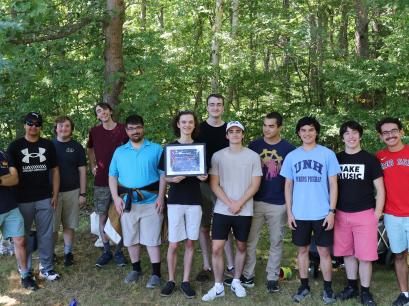 The NVMe development and testing team is a strong united group of individuals. It contains a true mix of amazing people that fittogether well which is quite a rare occurrence. The shared skills and knowledge of each and every member of this team has played an important function in the success achieved this summer for Test Plan 18. Success was achieved through the constant sharing of knowledge between students and the growth that it fostered. The NVMe team is a strong team because it works together, this comes from senior team members who are patient and informative when teaching and it also comes from newer students not being afraid to ask how or why and truly understanding the whole picture. Along with that, success was achieved through the long days at work staring at endless lines of code or going through countless logs, through the repeated and seemingly endless testing, through day long bug scrubs and most importantly through short breaks of laughter and fun chats. The NVMe team was successful and accomplished a huge development and testing feat thanks to everyone working as a true team, together. For both the accomplishments achieved this summer towards developing Test Plan 18 and the growth as a team the NVMe Team is well deserving of an IOL Nebula. The team is made up of Adam Judge, Pat Doherty, Brendan Murphy, Ntwali Karibushi, Casey Gladu, Noah Wilder, Dilan Patel, Robert Buckless, Timofei Nikshych, Ronan Marino, Hasan Polat, William Saulnier, Michael Crawly, Oliver Willis, and Morgan Kahn. 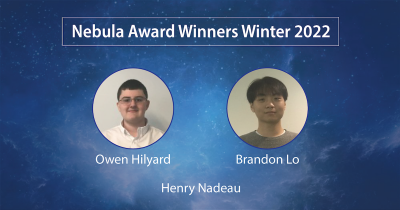 The DPDK Team did an amazing job over 2021, meeting the challenge of ongoing development, while also maintaining the DPDK community’s CI testing production environment. Over the course of the year, the team focused on 9 development epics, spanning some 31+ development stories. The team completed more than 80% of the stories, while keeping up with interim requests from the community, resulting in an increase of available tests running in the CI by nearly 300%. Every team member has worked directly with the larger open source community, contributing code patches to the upstream projects and demonstrating strong leadership in the community meetings and working groups. The end result being the continued development, improvement, and expansion of the CI testing for the DPDK project, with the UNH-IOL infrastructure providing more than 85% percent of all test coverage for the project. The team is made up of Brandon Lo, Owen Hilyard and Henry Nadeau.