We have over two decades of providing Ethernet verification, which has led us to having one of the largest interoperability test beds of recently released and legacy devices. 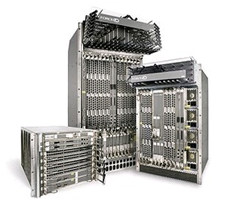