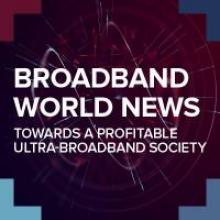 While Gfast updates won't actually help your dietary needs, they do push the service offerings into alignment with those of a fiber-only connection. From a service provider view, this simplifies operational processes, since providers need only maintain a single set of service profiles for their customers to purchase.

Put another way, it wouldn't matter if a customer has a fiber only connection or a fiber connection extended by a Gfast connection: The user experience is the same.

That's because the latest profile update to Gfast extends the bandwidth the technology uses from 106 MHz to 212 MHz. For those keeping track, this is double the spectrum usage which, given the modulation Gfast uses, doubles the number of subcarriers (or tones) used to transport data from 2,048 to 4,096. This pushes data rates available to the user above the 1Gbit/s mark; in some cases, it even comes closer to 1.5 Gbit/s.

These increases in spectrum usage and data rates present some interesting challenges when testing Gfast transceivers. Let's look at those challenges and how they differ from testing 106MHz profiles.

More bandwidth, new challenges
One key point in how Gfast systems use the additional spectrum is that total transmit power was not increased from the original +4 dBm level. In other words, a Gfast signal operating over the full 212MHz of bandwidth basically operates at half the original power density at any given subcarrier. Gfast's initialization process ensures each subcarrier's operating signal to noise ratio meets the requirements the operator sets. Still, it's vital to consider this lower power density in how test noises are expected to impact the line.

In the Gfast certification program, these test noises are designed to trigger very specific behaviors within Gfast transceivers, often without triggering other behaviors. For example, if a test case is designed to test only the seamless rate adaption (SRA) feature, it must inject a noise onto the line that will cause transceivers to alter their bit loading and adjust the total net data rate. However, it must not cause the transceivers to trigger the fast-rate adaption (FRA) feature; after all, the certification test case has to correctly verify the devices to implement the SRA feature. In updates to the Gfast certification test plan, we examined each test scenario to ensure it was properly stressing and testing the Gfast transceivers and causing the required actions in those transceivers.

Another, more obvious, complexity is testing transceivers' transmit power and transmit power spectrum density (PSD). You might say, "That's not complex. Every communication system ever built has had this testing." Ah, but Gfast presents some unique challenges to this measurement.

First, the Gfast interface is typically an RJ11 or RJ45 interface (twisted pair). While this interface is convenient for end users, it is not specified to the tight tolerances required for the PSD measurement at 212MHz. Similarly, there are complexities in performing a PSD measurement over such a wide bandwidth. And, if those challenges weren't enough, Gfast uses a time division duplex (TDD) scheme, so transceivers are not continuously transmitting a signal that can be measured.