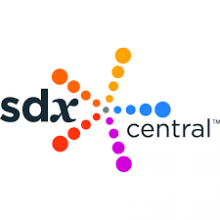 The project aims to facilitate the co-existence of a wide variety of software-defined access technologies within telecommunications networks. It’s bringing openness to access networks so they can interoperate.

As a freely-published, open source project, BAA specifies northbound interfaces, core components, and southbound interfaces for functions associated with network access devices that have been virtualized.

Robin Mersh, CEO of the Broadband Forum, said the BAA project is an Apache 2.0 licensed open source project. The code from the project resides on GitHub and contributors develop the work on BitBucket.

The BAA code will immediately be integrated into another Broadband Forum initiative — its Cloud Central Office (CloudCO) project. CloudCO is a regular standards project. It’s developing a framework for transformation of the network from fixed function, through boxes, to software-defined networking.

BAA’s work is also being actively coordinated with the Open Networking Forum (ONF). The ONF is leading the charge on the Central Office Re-architected as a Data Center (CORD) project. And the OPNFV group is also working on a project called the virtual Central Office (vCO). With all this work being done on virtual central offices, why would the Broadband Forum want to create yet another similar project?

Mersh said CORD is focusing on greenfield networks, and the Broadband Forum is focusing on existing networks. “Two years ago, when were first looking at this, we absolutely looked at CORD, but it is very much a greenfield approach,” he said. “Ninety-nine percent of networks are obviously brownfield. We are looking at those networks that are already established with the traditional way of deploying broadband; all on boxes. You don’t do hard cutovers.”

Two service providers that are involved with CloudCO are China Unicom and China Telecom.

Both of the Broadband Forum’s projects, the CloudCO initiative and the BAA open source project, are part of the group’s effort to change with the times. “How do you marry standards and open source?” asked Mersh. “We have a lot of operators and vendors that say we need the discipline of standards, but on other hand, we need it to be much faster.”

With these new initiatives, the Broadband Forum is moving from more traditional standards developed through a waterfall approach that can take at least two years to publish. “The BAA process has happened in just four months,” said Mersh. “We’re learning the lesson of how to do this.”