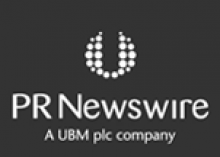 Companies that are interested in testing PCIe 4.0 based I/O cards such as Storage Controllers, Ethernet and Infiniband adapters, Fibre Channel HBAs and others will now be able to get the full suite of analyzer functions, capabilities and views, while being able to better manage their costs. SSD storage applications will also benefit from the integrated support for SSD bus protocols such as PCIe/NVMe/SMBus/NVMe-MI/TCG and others. Teledyne LeCroy's wide range of high speed interposers and probes provide full flexibility and connectivity to CEM and other form factor sockets on system boards as well as solder down and mid-bus probes.

Furthermore, as PCIe systems are moving toward implementing IO virtualization, the Summit T48 protocol analyzer is fully capable of decoding and describing virtualized systems in a multitude of different configurations. The CATC Trace™ View, along with the recently added spreadsheet view, NVMe queue characterization tables, and LTSSM state views help users quickly come up to speed on how well their devices and systems are behaving in real world environments.  Developers that need to get down to the byte level and see trafﬁc just before and after deskew can do this with the BitTracer™ feature.  BitTracer records the bytes exactly as they come across the link, allowing debugging of PHY layer problems and combining the features of a logic analyzer format with a decoded protocol analyzer format.

When it comes to storage technologies, the Summit T48 protocol analyzer features the latest in storage protocol decoding including NVM Express®(NVMe), SATA Express, SCSI Express and others.  It is also the only protocol analyzer to fully support the latest in NVMe management technology described in the NVM Express Management Interface (NVMe-MI) protocol specification.  For example, unlike other PCIe analyzers, Summit™ analyzers can simultaneously capture in-band (PCIe Bus) and out-of-band (SMBus) protocol traffic. In addition, a new hardware extended recording mode for NVMe applications has been added to assist debugging SSD anomalies that are difficult to find.  Finally, communications between applications using the Trusted Computing Group's Enterprise and Opal security can be decoded to confirm if accurate transmission of data is occurring.   "We look forward to the storage industry moving to higher speeds with the PCIe 4.0 protocol. This new technology will deliver the performance required by new SSD applications as they gain greater adoption in the Data Center." said David Woolf, Research and Development, Datacenter Technologies at the UNH InterOperability Laboratory (UNH-IOL). "Teledyne LeCroy's new Summit T48 PCIe 4.0 protocol analyzer has the NVMe, SMBus and NVMe-MI decoding analysis required to grow with the NVMe standards and enhance conformance testing for NVMe and NVMe-MI at the UNH-IOL."