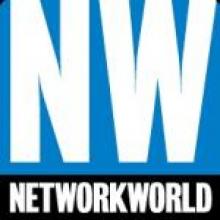 We live in a world with self-driving automobiles, and reusable self-landing rockets.   Such complex systems of multiple sensors, computers, and actuators form a Cyber-Physical System (CPS).  Some CPSs will operate at scales that will challenge comprehension.  From autonomous platooning vehicle convoys communicating with each other and highway infrastructure, to Smart Cities coordinating resources (avoiding traffic congestion, coordinating parking, reducing emissions and power consumption), to Smart national power grids and beyond.

To enable such automation, precisely timed system control must be possible.  One prime example of the need for such precise timing is what’s known as “sensor fusion”, taking data from two or more sensors that are precisely timed along with the compute node where the data is merged and processed.

Prior to the availability of Time Sensitive Networks (TSN), various proprietary technologies have been used to provide such capability, or even more simplistic but costly approaches have been used, such as precisely measured sensor cabling to ensure a uniform delay from sensor or actuator to controller. However, with an increasing number of IEEE standards adopted, the ability to use a standards-based approach to TSN has grown considerably.

TSN is best viewed as plumbing that provides the three essential elements of precise timing: bounded jitter and latency, and guaranteed bandwidth on a network (Ethernet or wireless or others such as EPON or MoCA). 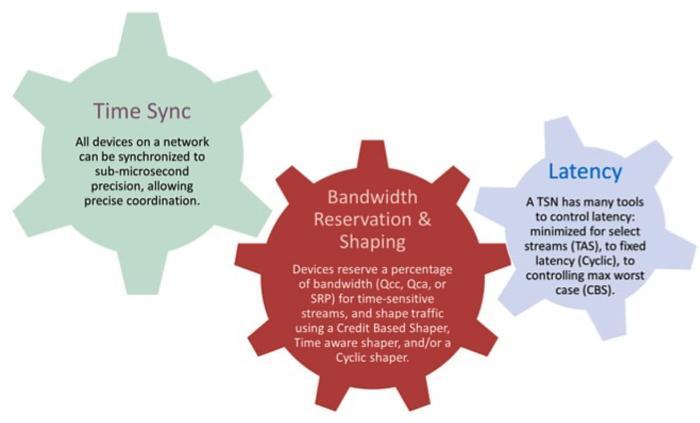 Initial TSN/AVB standards, completed in 2011, had the essential elements of a TSN, but they lacked optimizations for industrial and automotive environments, such as the need for static rather than dynamic configuration of stream paths and reservations to ensure rapid, robust operation in a known setting.

These changes are being driven by industry leading companies (eg: BMW, GE, Intel, Rockwell) who recognize the benefits of establishing a common foundation across a disparate set of industries that share the need for reliable, networked solutions that are broadly supported and adopted.

Newer TSN standards are adding features for central control, time synchronization of all network devices, and even-lower latency. To achieve the absolute lowest possible latency, IEEE 802.1Qbv defines a Time Aware Shaper, which defies timed traffic gates which act as stop-lights on different priorities of traffic flowing through a switch.  Imagine you are driving down 7th Ave in Manhattan from Times Square to Canal Street, a 2.7 mile distance that might typically take 22 minutes.  Now imagine that your trip has been planned and scheduled and if you leave precisely when scheduled, traveling at 60mph, then you will arrive at Canal Street 2.7 minutes later  because all traffic lights will turn green just in time to let you through, and all other traffic (cars and pedestrians) will be blocked as you approach and until after you pass.  This in essence is an engineered time sensitive network.

In closed, or tightly controlled environments, such as a car, a robot, a rocket, or similar machine, or collections of machines working together, such engineering is readily possible.   With the controls available in a TSN, these time sensitive flows can be mixed with legacy traffic without impacting the time sensitive application.   When these Operational Technologies start to leverage open standards, convergence with Information Technology can drive benefits such as reduced cost, broader sets of suppliers, and the general promise of the IoT and cloud connected infrastructures enabling greater analytics and predictive analysis on the state of the machine and overall Cyber-Physical System.