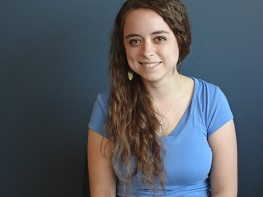 Emily Clemons has distinguished herself by meritorious service as a member of the Ethernet Consortia, University of New Hampshire's InterOperability Laboratory, since May 2013. Emily has distinguished herself as a very valuable member of the Ethernet team. In addition to learning how to test Backplane Auto-negotiation and Link Start up, Emily has been making strides in improving several aspects of Ethernet physical layer automation tools. These improvements include adding RLM licensing and LAN communication for several types of Test & Measurement equipment. These improvements are also being deployed by several of our storage related consortia. Emily has a very adaptive and efficient work ethic, so much so that when she completes a task she immediately asks what other projects need to be worked on next. The distinctive accomplishments of Emily Clemons reflect credit upon herself and the InterOperability Laboratory. 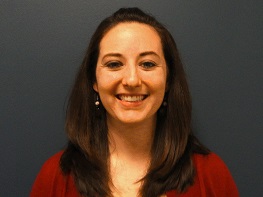 Amy Davies has distinguished herself by meritorious service as a member of the iSCSI and Ethernet Consortia, University of New Hampshire's InterOperability Laboratory, since May 2012. Amy Davies is very dedicated to training new employees across the lab. She treats them with dignity and respect and gives them more opportunities to grow and learn. Additionally, she is incredibly involved with lab wide activities and events. It seems like any time the IOL is organizing something, Amy is involved in some way. She recently built the entire track for the UNH-IOL portion of UNH Techcamp, involving over a week of daily activities for the campers. Amy has also been helping with operations of the Ethernet consortia by writing policy and procedure documents that are helping those consortia run more efficiently. This is the second UNH-IOL star award that Amy has received, which shows her continued dedication to the mission, vision, and values of the UNH-IOL. The distinctive accomplishments of Amy Davies reflect credit upon herself and the InterOperability Laboratory. 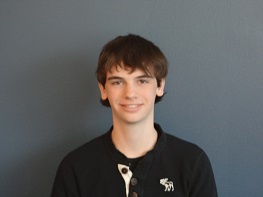 Ian Newcombe has distinguished himself by meritorious service as a member of the Ethernet Consortia, University of New Hampshire's InterOperability Laboratory, since April 2013. Ian is a shining example of someone who sees the value of investing time at the lab to learn skills that will be leveraged throughout the rest of his career. Although he is pursuing an undergraduate degree in Business, he decided to take the opportunity to mix in a job at the UNH-IOL to supplement his academic work with real technical skills. He is extremely easy to work with and is willing to take on extra responsibility. He doesn't just work hard enough to get a job done, he works hard enough to do it to the best of his ability. Some recent examples of his excellence include: Managing the return of old devices from across all Ethernet consortia, helping out with Surplus activities for other groups, and he has helped to improve our test tools by editing our software code. He frequently interacts with our vendors for debug calls,  attended testing, and updating their devices to keep our test beds up to date. In addition he has become a valuable resource for our new technicians, helping with training and answering their questions. The distinctive accomplishments of Ian Newcombe reflect credit upon himself and the InterOperability Laboratory. 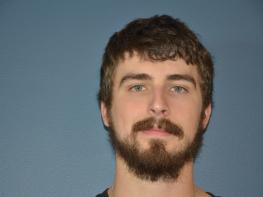 Joshua Beaudet has distinguished himself as an upstanding employee of the University of New Hampshire InterOperability Lab (UNH-IOL) since June 2009 while in his pursuit of an M.S. in Electrical Engineering. As such, he's one of the most experienced students at the lab, but also one of the most dedicated. Joshua is a leader to his team. If you ever get here at 8 am, you can guarantee that he will be at his desk ready and eager to solve the problems that the day presents. His knowledge in the field of DSP and electromagnetics is recognized beyond the walls of the UNH-IOL, by our customers and partners alike. Recently he’s taken the initiative to obtain new equipment for the lab in order to extend the labs capability for high speed receiver testing. Additionally Josh has taken steps to ensure his knowledge is passed on by leading a PHY training class during Summer 2014. His diligence, technical excellence, and responsibility are appreciated by all around him. The distinctive accomplishments of Joshua Beaudet reflect credit upon himself and the UNH-IOL. 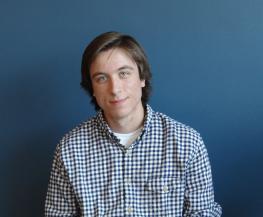 Cameron Pepin has distinguished himself as a member of the IPv6 Consortium, University of New Hampshire InterOperability Lab (UNH-IOL) since May 2013. Over the past year Cam has become a valuable member of the IPv6 team and has quickly became a “go to” person for handling challenging devices and complex testing. Cam goes above and beyond while trouble shooting a problem and is always willing to help out whenever asked. Recently Cam completed his goals by self directing himself on creating automation work for the IOL INTACT software tool. The distinctive accomplishments of Cam Pepin reflect credit upon himself and the UNH-IOL.

Amy Davies has excelled during her tenure here at the IOL. Amy, among all of her regular responsibilities, went above and beyond in not only teaching the Dover Middle School coding class, but also creating course materials, handouts, notes for teacher and student, and producing inventive and engaging tasks. Amy was a huge help during the setup and running of the 25th anniversary event and delivered an excellent speech during that event. She is creative, enthusiastic and diligent at the tasks assigned to her. Amy Davies has distinguished herself as a member of the iSCSI Consortium, Ethernets and in the Marketing Department. Amy Davies is highly deserving of this IOL Star. 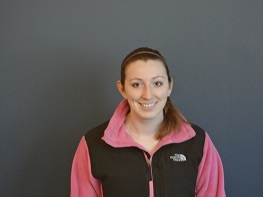 Lauren DiBella has distinguished herself as a member of the IPv6 Consortium since November 2012. Lauren is always willing to go the extra mile when testing devices for IPv6 and she is the go to tester for the difficult devices in IPv6 working directly with the vendors to resolve issues. She recently took over review for IPv6 Ready Logo Applications by reviewing all US applications. By helping vendors get IPv6 Ready Logo, she is aiding directly in the deployment of IPv6. The distinctive accomplishments of Lauren DiBella reflect credit upon herself and the UNH-IOL. 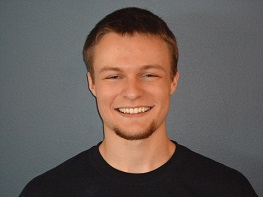 Matthew Mayer has demonstrated his abilities throughout his employment. Not only has he been diligent in quickly learning iSCSI testing and gaining a lot of insight into that, he has also shown aptitude for, and been involved in, assisting Lab-wide by helping with Systems team projects, assisting with Tech Camp, and lab tours. He has been a great student, with lots of enthusiasm. Matthew Mayer is a credit to both the iSCSI Consortium and the entire Lab. 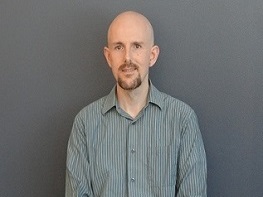 Dave Weingart has distinguished himself as a member of Webcom group since January 2013. He is very approachable which is critical for this position. He has completed and deployed the LEGO account management project, which is a project that has been outstanding for several years now. This minimizes the involvement of systems team members in creating/deleting user accounts. Completing this has unblocked many other Webcom and systems team projects, including migration of the LDAP servers to RHEL 6 (completed as part of the deployment), LDAP-based access control for more systems team resources. This will greatly increase the consistency, security, and reliability of the IOL's systems going forward. The distinctive accomplishments of Dave Weingart reflect create upon himself and the UNH-IOL. 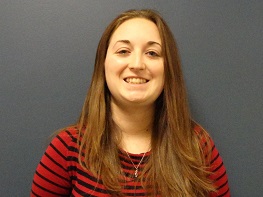 Samantha Gosnell is highly organized, self-motivated, professional, and committed to completing each task that she is assigned. She goes above and beyond simply completing tasks; she keeps track of a hundred deadlines and is consistently the one to remember the small things that might fall through the cracks. She picks up slack where other team members might not be able to complete their own tasks, and also cares about her co-workers on a personal level. Sam's work is mostly behind the scenes, so the lab as a whole may not connect her face or name with the huge amount of work that she gets done, but her high standards and consistent performance are the epitome of what IOL Star Awards are all about. She absolutely deserves to be awarded.