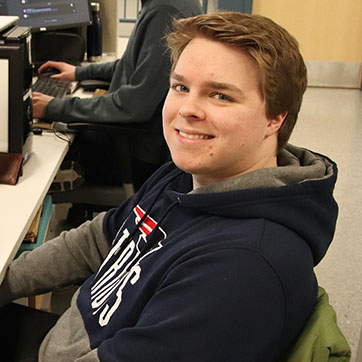 Spencer is a Technical Manager of IP Technologies at the UNH-IOL. His career at the IOL began in 2017 as an undergraduate student studying Computer Science. Spencer was initially hired as a test technician for the Ethernets Technologies Consortium before becoming the first member of an internal software development team. Spencer graduated from UNH in May 2020, earning his B.S. in Computer Science, and was hired as a Technical Manager for IP shortly after. Now, Spencer's main role is as Scrum Master, overseeing the development of packages for the IOL's custom software INTACT®, along with working on miscellaneous software projects. Spencer continues his education by pursuing an M.S. in Computer Science at UNH.