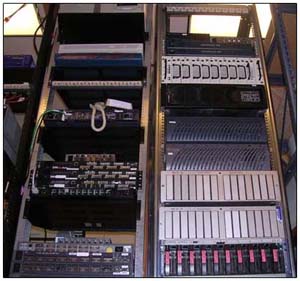 One of the primary functions of the Fibre Channel Consortium is to build and maintain an active test bed of Fibre Channel devices, comprised of representative products from each consortium member, which is available to consortium members for the purpose of establishing and verifying Fibre Channel interoperability beyond the scope of what is typically achievable in a plugfest environment. This test bed is employed to discover and troubleshoot new interoperability issues that can (and do) emerge as the technology continues to develop and new products continue to enter the marketplace. The active test bed serves as a continually growing and evolving representation of real-world Fibre Channel products that any given Fibre Channel device should be expected to interoperate with in a real-world environment. Testing against this test bed allows device manufacturers to establish a greater degree of confidence that their new products will perform properly with the existing Fibre Channel infrastructure.

Consortium members schedule access to the test bed on a weekly first-come first-served basis, and ultimately receive an interoperability report detailing the various devices and configurations that were tested, along with detailed descriptions of any issues that were discovered during the course of testing. Members may also request specific topologies and configurations in order to verify and troubleshoot specific interoperability issues that may be discovered outside of the UNH-IOL. 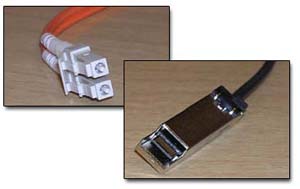 In addition to the interoperability test bed of Fibre Channel devices, the Fibre Channel Consortium also maintains a selection of reference test channels, which are used to further stress the robustness of the Fibre Channel physical layer under maximally attenuated channel conditions. Separate from the full System Interoperability Test Service above, this testing service focuses on verifying physical layer performance over a maximally attenuated real-world point-to-point link. It utilizes an IOL-developed methodology and test setup to verify that a Device Under Test (DUT) can successfully sustain performance at a target Bit Error Rate (10-12), over a specific reference channel, with a given Link Partner. While the System Interoperability Test Service focuses primarily on higher layer (i.e., protocol) issues, the BER Verification Test is focused specifically on the physical layer. Members may choose from a selection of various reference channels for the different Fibre Channel connector types, and also select various Link Partner devices from the active test bed. A summary report is issued, indicating the channels and devices that were tested against, along with the observed BER results for each configuration.

The Fibre Channel Consortium currently has a wide variety of protocol level test suites utilizing equipment from analyzers and generators from Itech, CATC, and Finisar. We currently have 2G and 4G test equipment, and are expanding our 8G test tools. These tests include (but are not limited to) Arbitrated Loop (FC-AL-2), Fabric Loop Attachment (FC-FLA), Private Loop SCSI Direct Attach (FC-PLDA), Framing and Signaling (FC-FS), and Switch Fabric (FC-SW).

In addition to the interoperability testing, the Fibre Channel Consortium is in the process of developing optical and electrical physical layer conformance test services for Fibre Channel devices, based on the specifications defined in the FC-PI-5 Fibre Channel Standard. The testing is performed using methodologies developed by the UNH-IOL, providing unbiased, independent, third-party test results. The test suite for this service is currently under development.