Nick is an invaluable team member for anyone working in Baseband Interop or on Bitphyer. Nick was hired in May of 2016 and quickly moved from technician to being a lead developer. Nick is constantly working to fix bugs in BitPhyer and doing difficult tasks that nobody knows how to fix, let alone what they are. He is both a talented artist and a talented developer. He is always there to help out with questions from his colleagues and will always find time to come over and sit down to work out any issues you may be having with testing or development. Nick is the jack of all trades within his developing group and testing group. His work serves as a leadership example to those around him. 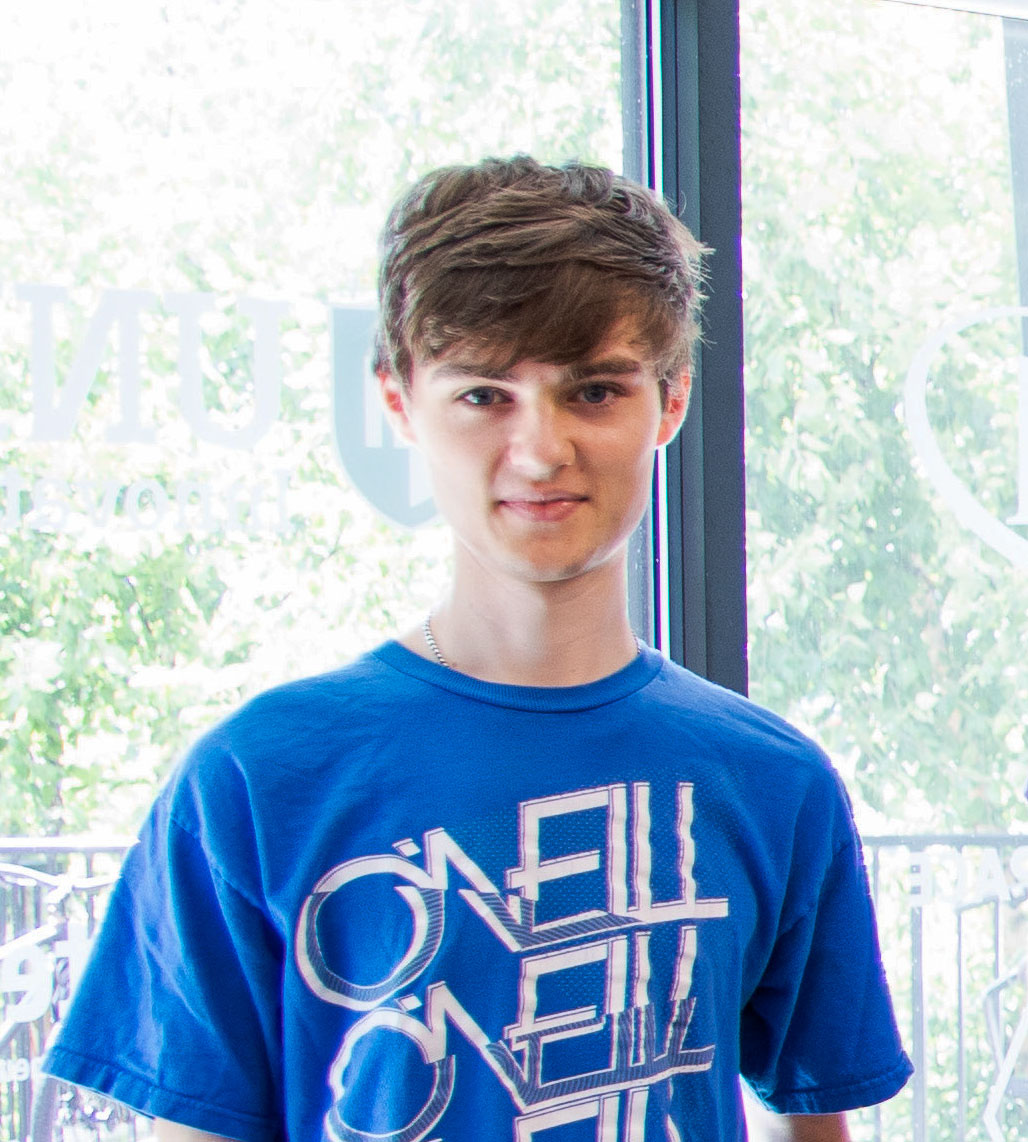 Jacob is someone I consistently see looking over people’s shoulders or sitting next to them helping them. He will sit with people and help them until either the problem is solved, or he is out of ideas. He has a great work ethic and inspires those around him to keep up without asking. Recently Jacob has been supporting Automotive and Baseband Interop closely, assisting with scripting and solving problems. He's also the subject matter expert when it comes to low-speed conformance, often solving issues that nobody else was able to crack. 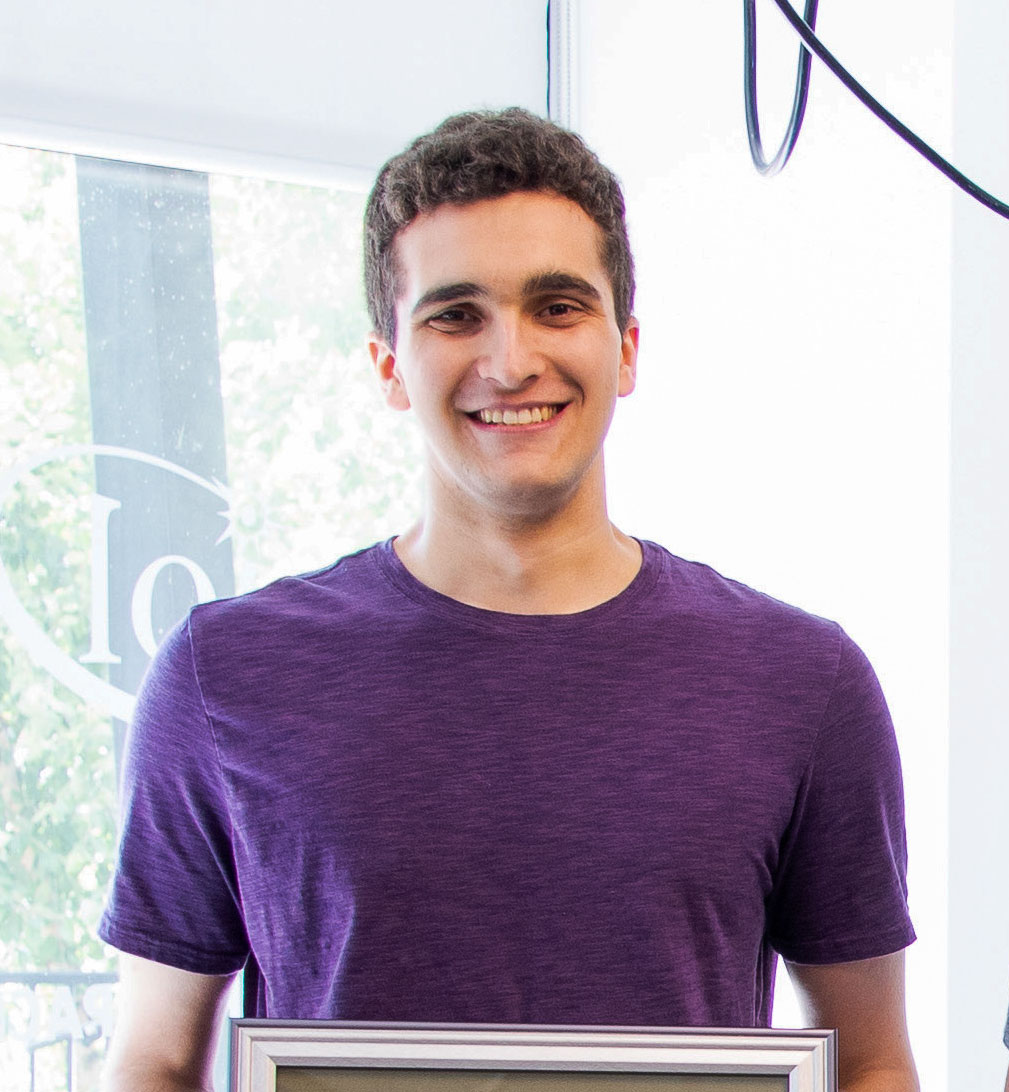 Parker Berberian joined the Open Source Team, working on the OPNFV Lab as a Service project in 2017, and has been a key contributor since day 1. He is constantly taking on new challenges and roles within the group and community. In the past 6 months, he has been elected to the OPNFV technical steering committee and helped launch LaaS as a stand alone project within OPNFV (where Parker is serving as the project team lead). As part of the launch, he's reached out to other OPNFV developers to "pitch" joining the project, organized them into a team, and gotten them up to speed in the development and review process. Internally, he's learned how to deploy OPNFV using the XCI installer, deploy ONAP on top of that, and then update ONAP to support the BBS use case that will be demo'ed at Broadband World Forum in October. Lastly, this past summer, he also served as a TA for the IOL networking working class. Parker is truly an IOL star employee. 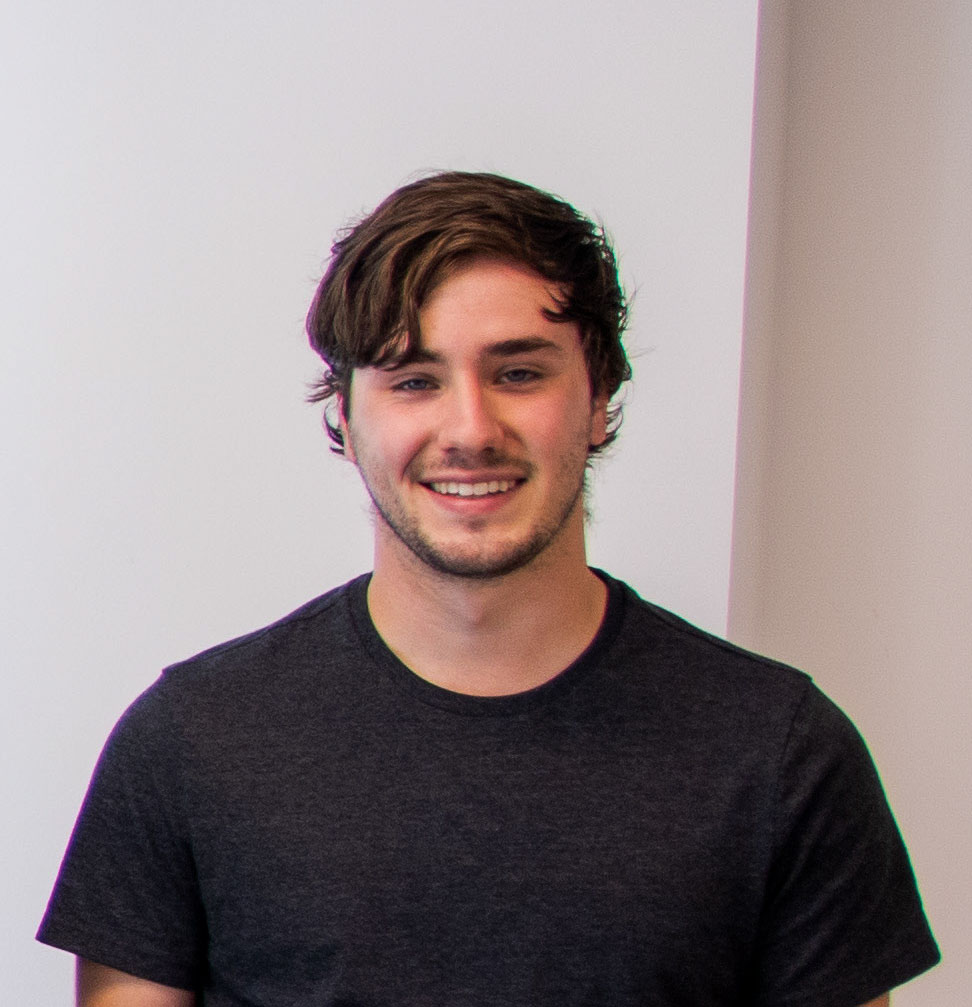 Noah Kerbyson has been with the DataCenter Team here at the IOL for 6 months and has shown a great work ethic and desire to reach the root cause of any problem experienced. During the NVMe-oF Plugfest in June 2019, Noah would be found sitting among a group of engineers coming up with ideas for them to troubleshoot their device. Many engineers throughout the next two weeks of Plugfests would express their interest in Noah and his ability to dig deep into the issues. Noah is not shy when it comes to asking colleagues to teach him new concepts as well as teach others concepts he has learned. Noah is a great addition to the datacenter team, and we look forward to watching Noah continue to further develop his skills. Assigned to the ESP team he immediately engaged in the testing and found a handful of issues with the Violet 802.1 software. He then moved onto putting together systems to help generate copious amounts of L2&3 traffic to perform DCB testing during the NVMe-oF plugfest. Since the month of DataCenter plugfests Noah has been focused on NVMe-oF testing and setting up NVMe\TCP test beds. Keep up the good work Noah. 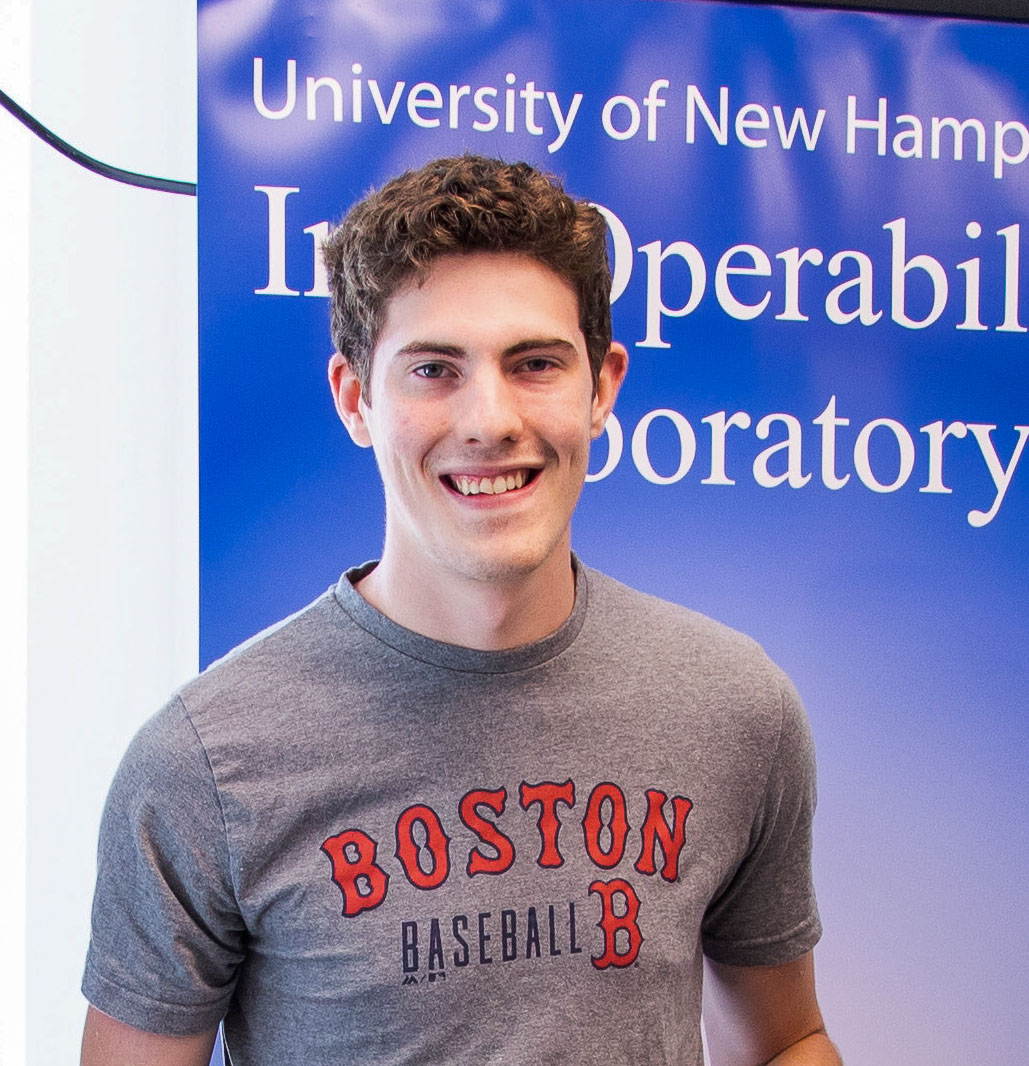 Hannah Dukeman has been in IP since 2017 and has been the go-to person for projects internally or throughout the lab. Hannah started her career on the routing team and quickly proved herself to be a leader amongst her peers. She was able to quickly understand complicated routing protocols and relay her knowledge to her peers. Hannah is always willing to help and is always the first person to volunteer for any task. Hannah has recently taken on the responsibility of helping to train all of the new IPv6 technicians. She made sure everyone stayed on track with the training and acted as a great mentor. This was a huge help to the IP staff. Hannah is very involved with the STEM activities in the lab. She was a huge help during the Engineeristas workshops as well as Tech Camp. Hannah approaches every situation with a positive attitude and is willing to take on any challenge. Overall, Hannah was a great work ethic and embodies the IOL values. 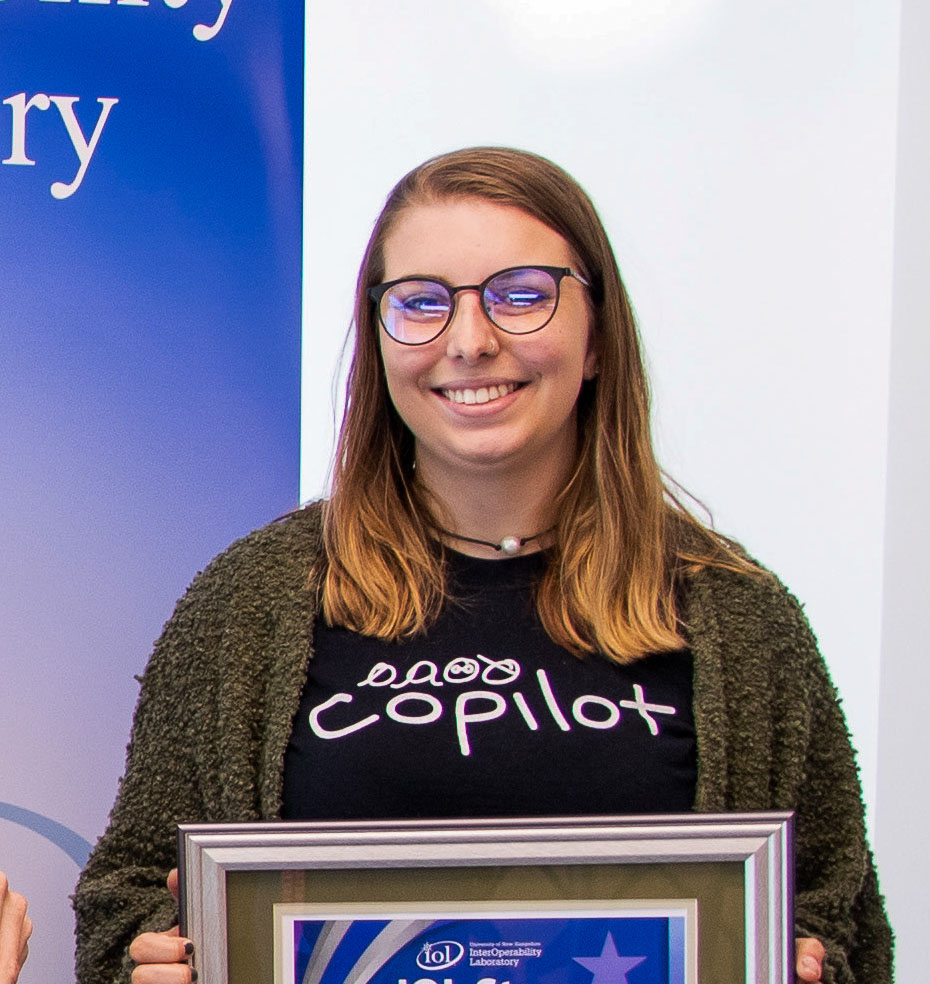 Justin Nelson has distinguished himself with his outstanding service as a member of the DSL and Gfast test services at the UNH-IOL. Justin’s determination and hard work has made him critical as both a test engineer and developer. His contributions to our Test Sentinel software have already been invaluable. Justin’s can-do attitude and willingness to accept and tackle any new task makes him a truly great employee. Justin is always willing to pass his knowledge and opinions on to newer employees and help them grow and learn as well. That he has already had this level of positive impact on the Broadband industry speaks volumes about his personality, commitment, and potential to and within the UNH-IOL. 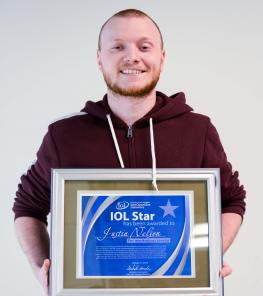 Joe has quickly become an integral member of the PoE team. From the moment he started in the summer of 2018, he hit the ground running taking on any challenge given to him and approaching them with a careful determination. Joe is incredibly hard working, and is always striving to solve a problem without giving into distractions. To get the job done he will often work from home on the weekends, over breaks, or even while sick, to progress our PoE development efforts. He does this not just for the sake of the team, but for his genuine passion for learning and engineering. Joe fully embodies the values of the IOL is extremely deserving of the IOL Star award. 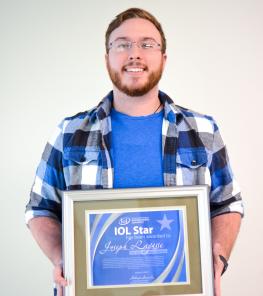 Madison joined the lab the summer of 2017 and has grown into an essential employee in IP. Madison dedicates a significant amount of time helping employees in IPv6 with their testing. With a quick walk by IPv6, you will find Madison sitting with her fellow employees helping them learn the testing. Madison works incredibly hard to help anyone who has questions, even if she may not know the answer right away she will find someone to help. Madison contributions are well recognized by her fellow colleagues who credit her with making the onboarding into IPv6 easier. On top of this, Madison also juggles her own responsibilities. Madison can be trusted to complete her own testing efficiently and reliably and had tackled learning new protocols. 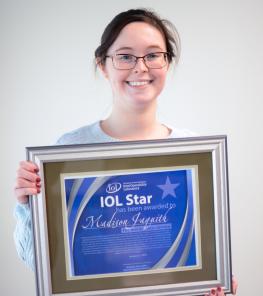 Mitchell is a valued member of Baseband for all the work he does and elevates others to do. He has managed to balance completing day to day testing with crucial development of hardware including the Python Board and BitPhyer Board, not only creating tools that benefit the lab but the industry as a whole. He also leads a testing group as a Scrum Master, allowing Baseband to transition easily to Agile. He always makes time to answer questions his peers may have thoroughly, encouraging the development of a better and more rounded understanding of test plans and standards. And Mitchell always does his job with a professional and positive attitude; all of these traits make Mitchell more than deserving of an IOL star. 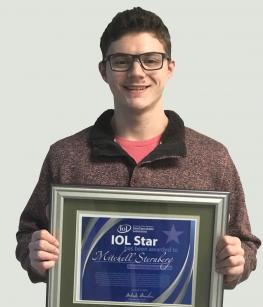 Alex has been working at the IOL for a little over a year and a half and has become an integral member of the Ethernet Switching Protocols group. He is focused on vIOLet 802.1 Core development and contributed to the implementation of the Jumbo frame application as well as the most current MACSec application.  He was the sole developer responsible for the last two 802.1 releases including the new Jumbo frame application. Alex is mentoring two junior ESP technicians in vIOLet development, specifically the MACSec application. Recently Alex has moved the 802.1 effort to using Jira and Git utilizing Agile methods. Alex is always attentive to his work attendance and work tasks. This is all while taking full time Computer Science curriculum and participating as a Collegiate D1 athlete on UNH’s cross country team.  Keep up the great work Alex. 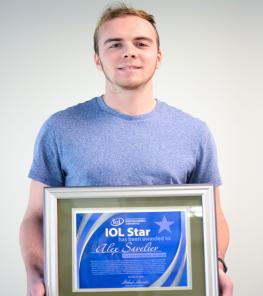