Our MIPI Testing Service offers Conformance and Interoperability testing for MIPI Cameras, Displays, Panels and Image Sensors and we are also an approved independent test lab for MIPI Alliance members.

As an independent test lab, we have the ability to test any MIPI Alliance members’ mobile devices for conformance to MIPI specifications.

All of our memberships include debugging and re-testing as well as testing for more than one device. Memberships are billed as a one-fee that includes 12 months of testing.

IOL CPHYGUI is a software tool which works in conjunction with common high speed digital storage oscilloscopes for performing C-PHY protocol analysis and physical layer testing, ensuring that a C-PHY transmitter device adheres to the requirements of the C-PHY specification. C-PHY is an interface standard available from MIPI for use in certain mobile and beyond mobile devices.

The full version of this tool only available to companies with an active membership in the MIPI Testing Service (either a full membership or a support-only membership). Please review and accept the demo agreement to access a 30 day trial of the CPHYGUI software.

Please view our Pay Per Test options as well. 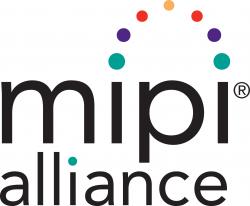 C-PHY: How do you encode binary data on three lines?
UNH-IOL Test Fixtures, Built by Students, Made for Industry
Comparing Measurements of High Speed Serial Interfaces
MIPI D-PHY: The Physical Layer in your Phone