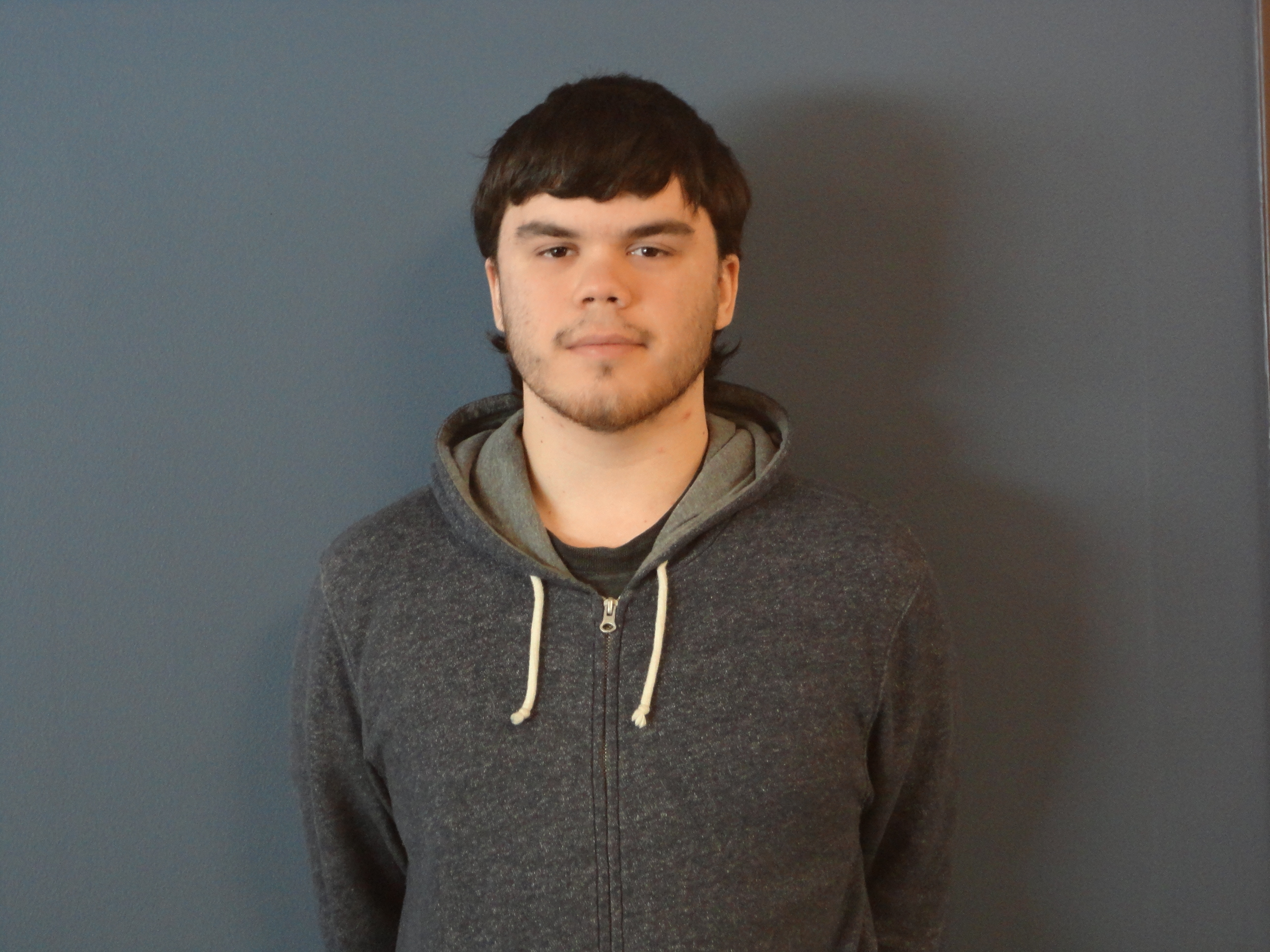 Joshua Amero has distinguished himself by meritorious service as a member of the Ethernet Consortia, University of New Hampshire's InterOperability Laboratory, since  December 2013. Josh’s primary role has been handling the less glamorous but critical role of Interoperability testing for the Ethernet consortia. His attention to detail always ensures that whatever he is working on is done exactly as asked, even if that means it is not the way you wanted it because you didn’t ask with enough specificity. He always takes the extra time to train our new employees on the trickier details of getting devices to work together and capturing information. Josh is constantly doing things around the lab, especially things that other people tend to turn their noses up at ( going through old papers, cleaning, and generally anything else that needs to be done).  He is the one of the few people around the lab who anyone can go to when something needs to be found as he has a knack for knowing exactly where everything is. Josh is always available to answer a question or to help out even if it is not for work inside his consortium which shows that he is truly dedicated to his job and his co-workers. The distinctive accomplishments of Joshua Amero reflect credit upon himself and the InterOperability Laboratory. 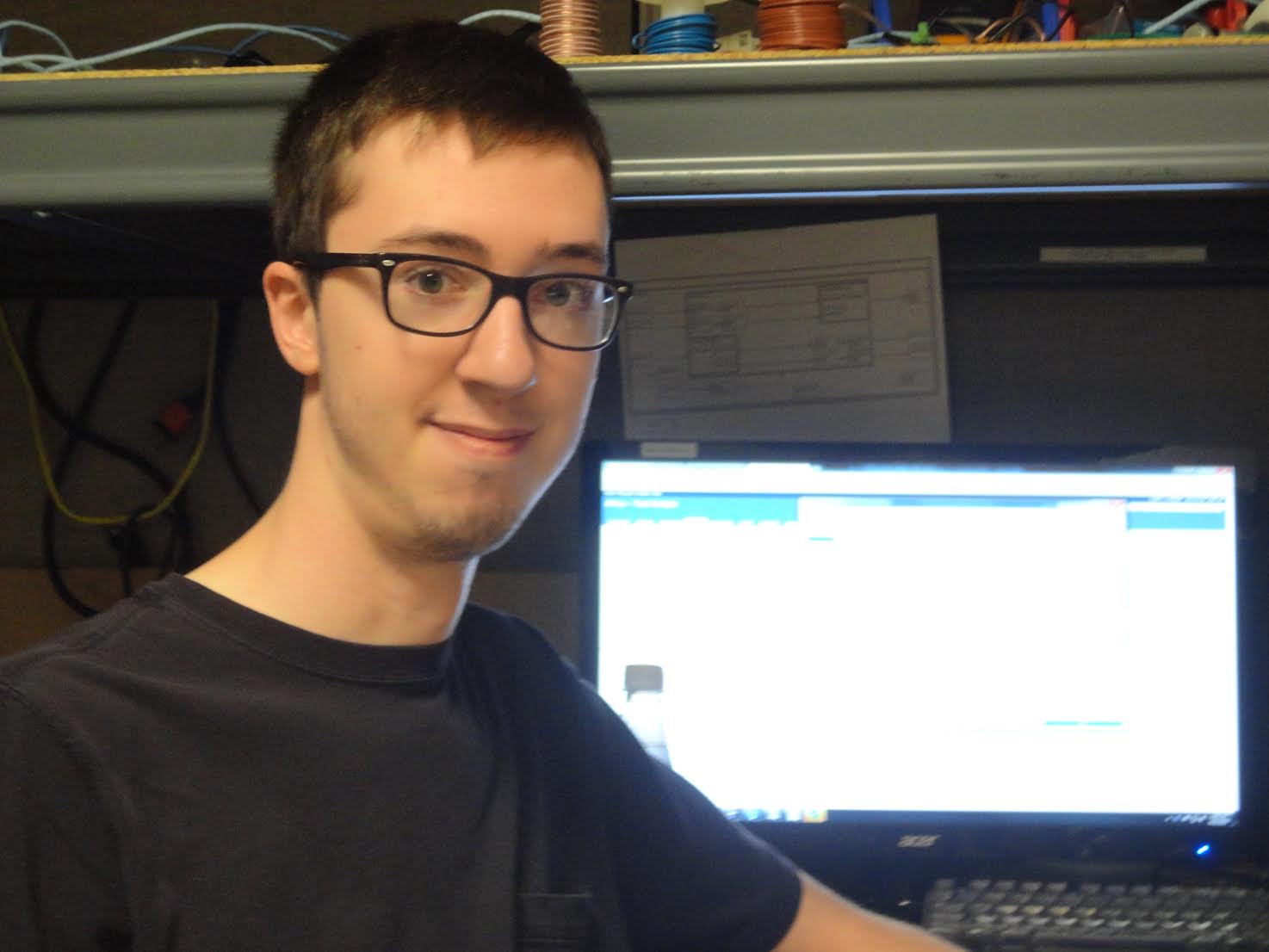 Kris Fargo has distinguished himself by meritorious service as a member of the AVnu Consortia, University of New Hampshire's InterOperability Laboratory, since July 2012. From the high school internship program to his undergraduate mechanical engineering studies today, Kris has excelled in every task given to him, and is eager to solve problems and contribute to the overall growth of the group.  Kris “aerospace” Fargo’s enthusiasm is palpable, he is a tinkerer, a problem solver, an innovator. Always courteous, polite, and responsible, Kris is a model of what an IOL employee should be.  Whether it is debugging a test tool, creating new capabilities (eg: Arduino control from our test tool, Violett) to professionally addressing vendor’s questions.  As final example of Kris’s character, his desktop shows a streaming view from the space station - a constant reminder for perspective on the impact technology can have on humanity. The distinctive accomplishments of Kris Fargo reflect credit upon himself and the InterOperability Laboratory. 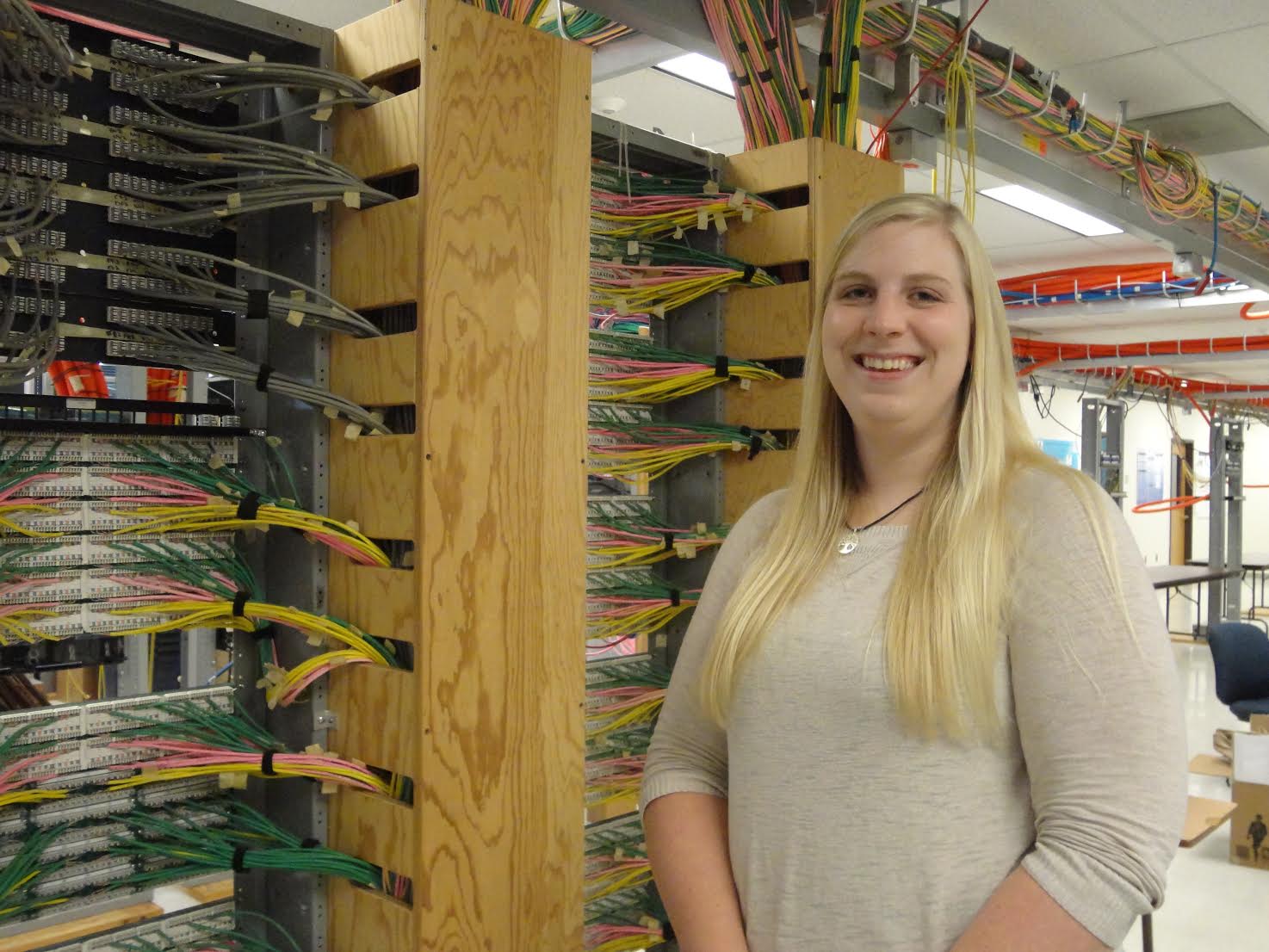 Eliza Hunt-Hawkins has distinguished herself as a member of the Routing Consortium, at the University of New Hampshire InterOperability Lab (UNH-IOL) since May 2013. Over the past year she has worked to perform testing involving understanding of numerous Routing test suites including protocols such as OpenFlow.  During this year she volunteered for various activities around the lab including STEM and Recruitment events. Eliza is always willing to answer questions from colleges and helping solve the issue they are having.  This unwavering enthusiasm and dedication to a wide variety of projects where many of which are not related to her consortium, reflect credit upon herself and the InterOperability Laboratory. 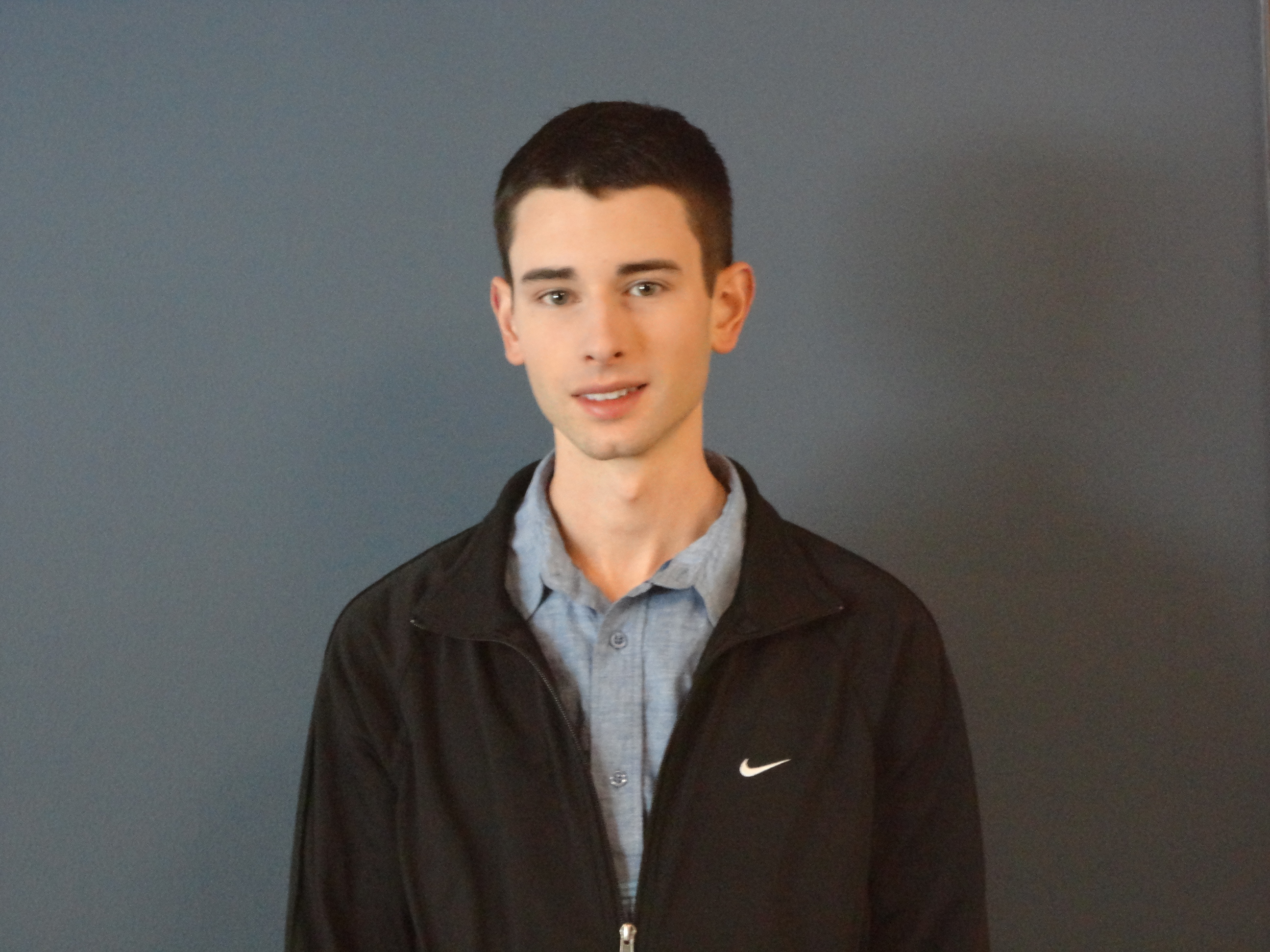 Taylor Madore has distinguished himself by meritorious service as a member of the Power over Ethernet Consortia, University of New Hampshire's InterOperability Laboratory, since December 2013. Taylor is a key player in the consortium, not only by his performing testing exceedingly well, but also helping to manage the schedule, respond the vendor emails, and keep the data-based updated.  Over the past several months specifically, he has been indispensable in assisting with the restructure.  His assistance in helping Craig and Lincoln come up to speed in the technology, the current status of testing, and consortium operation has ensured the group has remained efficient and kept up with all testing during this transition.  Taylor also is consistently looking for ways to improve the consortium’s services and products, making suggestions for how to improve the testing tools, test suites, and report templates.  These qualities and capabilities make Taylor an exceptional employee and co-worker. The distinctive accomplishments of Taylor reflect credit upon himself and the InterOperability Laboratory. 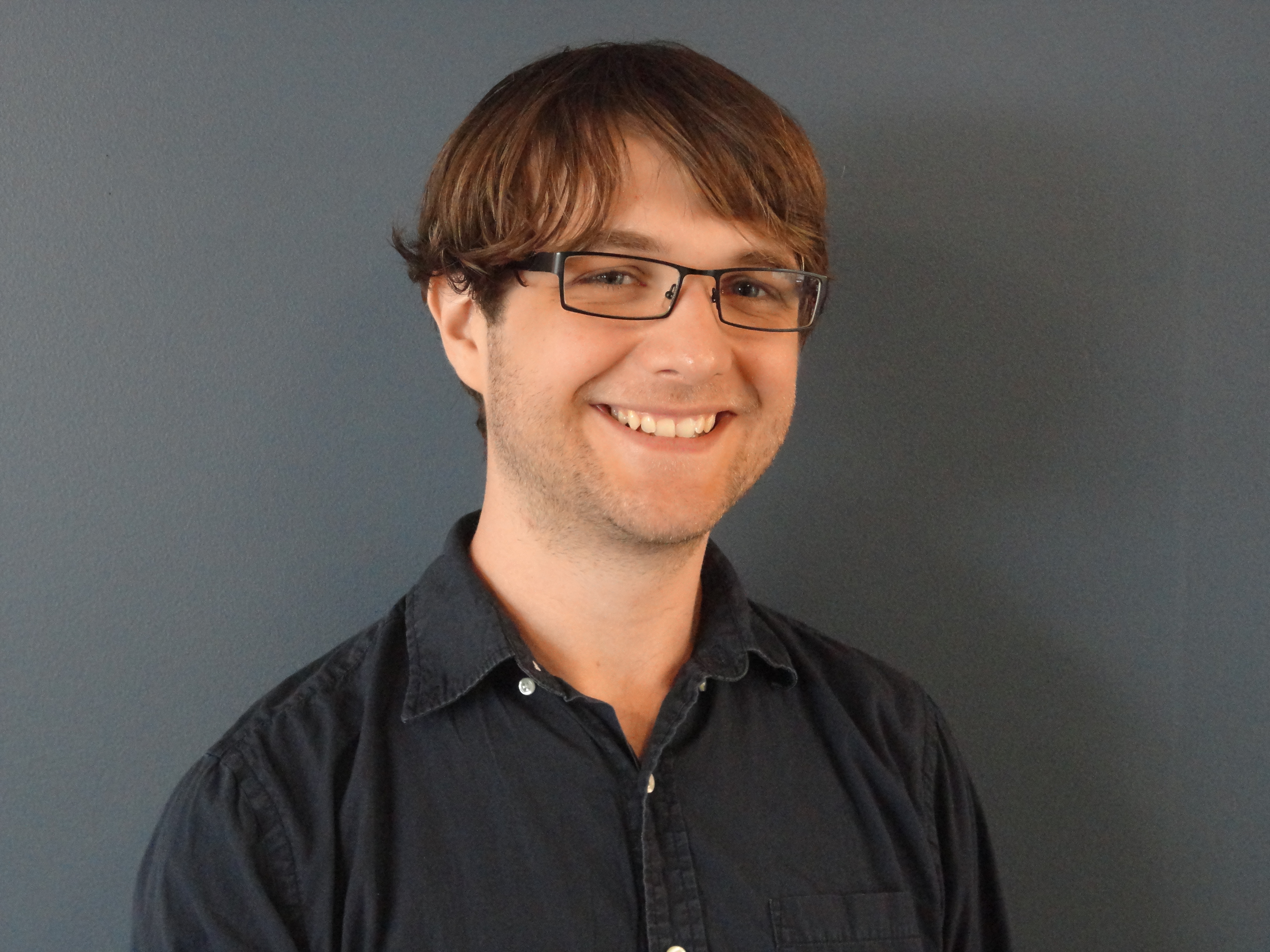 Greg Roney has distinguished himself by meritorious service as a member of the ESP Consortia, University of New Hampshire's InterOperability Laboratory, since June 2007. Greg Roney continues to be an IOL star in the ESP and ESP MEF projects. He shows it everyday by contributing to the group's goal of providing vendors with quality testing services. He is the first to jump into debugging efforts, learn new technologies, and mentor more junior student technicians. Greg's attitude and knowledge of Ethernet Layer 2 are both outstanding. These are a just a few of the reasons why Greg continues to be an IOL star. The distinctive accomplishments of Greg Roney reflect credit upon himself and the InterOperability Laboratory. 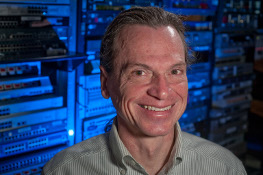 Jeff Laird distinguished himself by meritorious service as a member of the AVnu and IEEE 1588 Consortium of the University of New Hampshire's InterOperability Laboratory.

Jeff began his time at the IOL in the first Converged Ethernet effort, the iWARP Consortium, migrating to Open Fabrics Alliance activities. Today Jeff serves as the editor for the IEEE 1588 upkeep committee, working closely with the father of IEEE 1588, John Eidson, to drive corrections and clarifications into the 1588 revision.  Jeff continues to assist the IEEE PSRC C37.238 H24 committee in the ongoing revision work of the IEEE 1588 Power Profile Standard.  For 4 years, Jeff has also served as the International Symposium for Precision Clock Sources (ISPCS) Plugfest co-chair and website Wiki maintainer. Jeff's industry involvement and attention to detail is but one aspect meriting recognition via the IOL Star award.  Jeff serves as a valuable mentor to the students working with him, as well as his peers across the lab.   Jeff's integrity, mentoring and sense of honor and pride in his work are all praise worthy.

The distinctive accomplishments of Jeff Laird reflect credit upon himself and the InterOperability Laboratory. 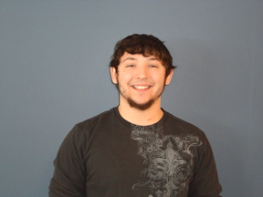 David Bernard Wolf has distinguished himself by meritorious service as a member of the Ethernet Consortia at the University of New Hampshire's InterOperability Laboratory. His positive attitude, productive work ethic, and comical pop culture references makes working with him a privilege. Dave seeks out ways to improve himself and the department, including but not limited to: Completing training for several Ethernet physical layer test suites, learning to design pcb layouts in Altium, improving Matlab code for physical layer test systems, and helping train new hires. He also doesn't shy away from giving labwide tours, and is always interested in working on new projects.  Dave is upbeat, seems more than willing to help anybody who needs a hand, and serves as a great example of a model IOL employee.  David's distinctive accomplishments reflect credit upon himself and the InterOperability Laboratory. 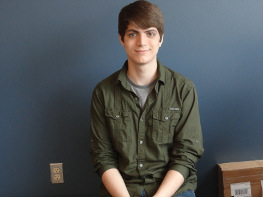 Ryan McAvoy has distinguished himself as a member the Routing Consortium, University of New Hampshire InterOperability Lab (UNH-IOL) since May 2013.  Over the past year he has worked hard to understand the numerous Routing test suites and performing testing. He does his best to solve any problem anyone brings to him, helping to find the solution if he doesn't have the answer. He applies the same great enthusiasm and dedication to every project he works on, whether it is something as tedious as cleaning up cables in the test beds, improving INTACT Reports, creating and leading activities for summer camps, regular Routing testing, or anything else he can find to work on. This unwavering enthusiasm and dedication to the wide variety of projects related and unrelated to his consortium reflect credit upon himself and UNH-IOL. 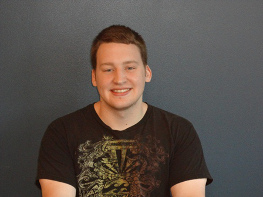 Dan Moss has distinguished himself by outstanding service as a member of the DSL Consortium, University of New Hampshire's InterOperability Laboratory, since September 2012. Dan started his UNH-IOL career as an undergraduate student, and quickly became an integral part of the DSL software development team. He has since moved on to become a graduate research assistant, still working in the DSL Consortium. Dan is well known in the group for working long hours maintaining the DSL Automation Software, including dealing with both bugs and new feature requests. Dan is the type of person that everyone goes to for questions and help with the automated testing and troubleshooting. Because of this, it's not unusual for Dan to answer emails outside his normal hours, and he'll often log in remotely to a start test or fix a bug and commit the change. This shows a huge amount of dedication to the lab, the DSL team, and is a reflection of his outstanding character and work ethics. Dan is always willing to help out, and looking for ways to improve the DSL Consortium, our testing services, or the experience of our members. The distinctive accomplishments of Dan Moss reflect credit upon himself and the InterOperability Laboratory. 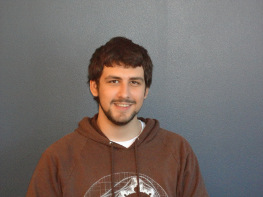 Paul Willis has distinguished himself as an upstanding employee of the University of New Hampshire InterOperability Lab (UNH-IOL) since October 2012 while in his pursuit of an M.S. in Electrical Engineering. For his first two years, Paul acted as the lead/master MIPI PHY TX tester. His knowledge of the MIPI technology grew quickly and he would soon be found finding ways to improve test procedures in his spare time. In 2013, Paul moved over to the SATA consortium where he quickly picked up the testing and became the point SATA tester. On multiple occasions Paul has assisted with MIPI vendors in between SATA testing. In January 2015, Paul traveled solo to Santa Clara to attend a SATA meeting, an opportunity only experienced by the most responsible and knowledgeable undergraduates in our lab. Outside of his consortium duties, Paul has been highly involved in the second year build out project. Even with minimal formal experience in networking, Paul has put forth significant effort to learn how a network works and has been an asset to his team. His diligence, technical excellence, and responsibility are appreciated by all around him. The distinctive accomplishments of Paul Willis reflect credit upon himself and the UNH-IOL.